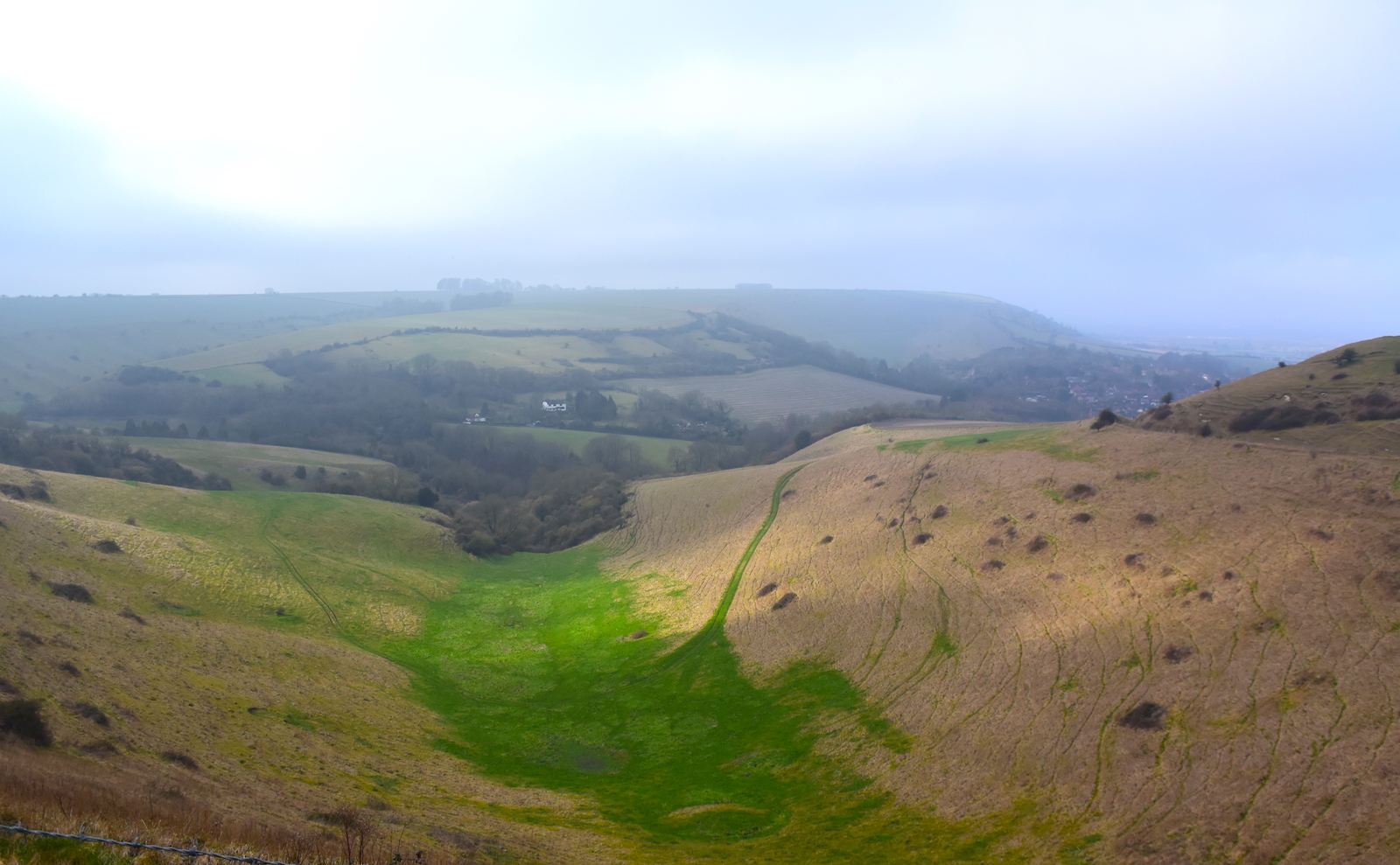 This post on the Battle of Ethandun is adapted from my book, King Alfred: A Man on the Move, available from Amazon and book shops.

After Alfred left Athelney, he went via Egbert’s Stone and Iglea to Ethandun where he fought against the Vikings and won. The evidence suggests that after the Vikings had raided Chippenham Wessex had pretty much fallen into their hands. The events leading up to the Battle at Ethandun can therefore be viewed as a reconquest by Alfred for his Kingdom. If Alfred had lost at Ethandun, his loss of Wessex might have become permanent. The stakes were high. However, King Alfred did win this battle, leading to his successful recovery of Wessex.

The route that Alfred would have taken to get from Athelney is contested, largely because the locations of his en-route encampments, at Egbert’s Stone and Iglea, are disputed. If you are interested in the potential routes then you may wish to visit my three posts on Egbert’s Stone (1, 2, 3) and the one on Iglea (here).

The Anglo-Saxon Chronicles tell us that this battle took place at Eþandun (þ is pronounced “th”), which I refer to as Ethandun. It seems generally accepted that Ethandun is today’s Edington in Wiltshire. Although the identification of Ethandun is most helpful, it still does not allow us to determine the precise location of the battle in that area. My favoured location is the village itself (it seems that there was a royal estate here, and I can’t imagine that the Vikings wouldn’t have taken this) but because there is no proof I explored other options.

It has been suggested that Bratton Camp, which is on Bratton Down, had been the Viking base for the Battle of Ethandun. Standing at this Iron-Age hillfort one can appreciate how, coming from the direction of Chippenham to the north (where this particular Viking army appears to have had its base), once the climb up to Bratton Camp had been achieved, they would have had easy access to Salisbury Plain, in order to confront King Alfred and his armies, if indeed they had come that way.

East of Westbury, and just a short distance south-west of Edington, Bratton Camp is marked on maps and is easy to find. There is i a figure of a white horse marked out on the hillside, sadly today made out of concrete.  I agree with another writer that it seems unusual that two important battles (the other being Ashdown) had been fought in areas with prominent white horses. However,  there is no evidence that a white horse would have been present at Bratton Down at or around Alfred’s time. Furthermore, the location of the Battle of Ashdown seems to me to have not been in the vicinity of the  white horse at Uffington in Oxfordshire. I decided to avoid the unreliable practice of divining battle sites via horse-led inquiry.

The parish of Edington extends a fair way south onto Salisbury plain, approximately level with, and just to the west of the deserted village of Imber. On some days the Ministry of Defence allows public access to Imber and some other parts of Salisbury Plain where access is restricted. I went on one of the special services run by Imberbus, where vintage buses go from Warminster train station to permitted locations, including Imber and New Zealand Camp Farm. This was a delightful way of getting around. However, there is much of Salisbury Plain where there is never public access, including south of the village of Edington, and it is perhaps possible that the site of the battle may be beneath an  area where access is restricted owing to unexploded ordnance. The best I could do was to explore the roads and paths to the north of the perimeter of the training area. I include the following suggestion because it seemed most interesting and informative in terms of views, and is also within the Edington parish boundary. Just as you approach Edington coming from Bratton there is a lay-by on the right, with a footpath leading north. This fairly steep path takes you up Picquet Hill and over the top of Luccombe Bottom. As you ascend you will pass ancient tumuli and pillow mounds, and the view will open up in a way that allows one to start to understand the landscape of the potential battle site.

After their defeat at the battle of Ethandun it is recorded that the Vikings were pursued as far as their fortification. This is generally thought to be Chippenham, but at least one writer has suggested that it could have been Bratton Camp. I can see the temptation to consider Bratton camp as the Viking base, but the evidence for a base at Chippenham is stronger. Of course, Bratton Camp could have been an additional forward base for the battle, but so could have many other places been used as such and it seems possible on Bratton Down to be seduced by the heady combination of a hill-fort, a horse, and wide-ranging views. There is also the matter of maintaining provisions for troops and animals at an elevated position away from water.

It has been claimed that that the battle took place at Edington in Somerset. I examine this in my book and find that this is not likely.

You can view my short video on the Battle of Ethandun below:

There is much more about the travels of King Alfred in my book, including maps and references. To learn more about the book, click or tap the image below: